Written from the personal experience of a parent and his three children, Independent Thinking on Loss: A little book about bereavement for schools details the ways in which schools can help their pupils come to terms with the death of a parent.

A child loses a parent every twenty-two minutes in the UK. Childhood bereavement brings with it a whole series of challenges for the children involved – challenges they will deal with all their lives. The research shows teachers want to help, but don’t know what to do.

This book is a start.

Written by Independent Thinking founder Ian Gilbert together with his three children, Independent Thinking on Loss is a personal account of the way educational institutions tried and succeeded, tried and failed and sometimes didn’t try at all to help William, Olivia and Phoebe come to terms with the death of their mother.

Several months after their mother’s death, BBC’s Newsround aired a brave and still controversial programme in which four children talked about their losses. This prompted Ian and his children to sit down and think about their own experiences and draw up a fifteen -strong list of dos and don’ts that could help steer schools towards a better understanding of what is needed from them at such a difficult time.

The warmth of reception of this handout led the family to expand their advice and suggestions into what has now become Independent Thinking on Loss, the proceeds of which will go to Winston’s Wish, one of the UK’s leading children’s bereavement charities.
Ian, William, Olivia and Phoebe encourage educators to view death and bereavement as something that can be acknowledged and talked about in school, and offer clear guidelines that will make a difference as to how a school can support a bereaved child in their midst. They also explore how conversations and actions – little ones, whole-school ones, genuine ones, professional ones, personal ones – in the school setting can make an awful scenario just that little bit easier for children to deal with.

Suitable for anyone working with children and young people in an educational setting.

Book Ian Gilbert for your event

To enquire about booking this author at speaking events, please email learn@independentthinking.co.uk 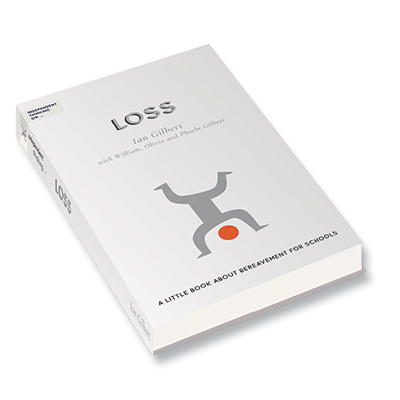 You're viewing: Independent Thinking On Loss £10.99
Add to cart